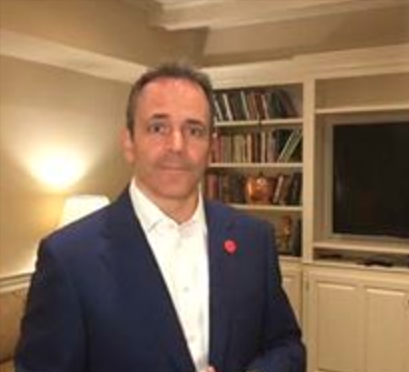 We need to unpack the intent of what Gov. Bevin has proposed to do and what that means. And, although he does not deserve it, I am going to assume he actually has good, heartfelt intentions for West Louisville.

By asking groups of prayer warriors to strategically walk block-to-block and engage in silent prayer, to move in a way that would generate curiosity from community residents and to maybe start conversations...some of them might be mocking, but connections could be made and more people could get involved in the prayer over time—for people of faith, that is a working strategy that churches, that the Nation of Islam has engaged in for decades. The Fruit of Islam (FOI) walk the hoods, the projects and dialogue with brothers and sisters and make connections.

That as a strategy can work to connect with human beings on an individual level and perhaps call them to rethink some things and convert. This strategy speaks and feeds to several core principles of modern American conservatism: to individualism and personal responsibility, to a method of evangelical Christian outreach, and what might be most key here: that you don't need government to be involved in addressing problems, and in this case problems of violence and poverty in West Louisville, that people and community can solely do it by themselves. Those virtues resonate with a lot of people across race, economic status and more.

Here are the ways, however, this line of thought especially as a sole tactic, is fundamentally and fatally flawed: it ignores how neighborhoods in West Louisville fell to this condition, placing ALL of the responsibility of the communities' challenges and problems on simply issues of bad people and bad behavior (demons and wicked spirits) and doesn't address *at all* in any useful way, that the state of a slice of Black Louisville, and this goes for Black communities in urban areas throughout America, that the devastated state of our people and our young Black men is a RESULT.

41 million Black Americans, 14 million households. Nearly all of Black America households is in the bottom 50 percent of owners of wealth in America that is only one percent of the total. Don't tell me about Oprah, Jay Z & Beyoncé, Tyler Perry, Dr. Dre, Lebron and other professional athletes: they are outliers. Their lives does NOT represent the everyday lives of Black Americans, Black West Louisvillians...they represent our aspirations, our fantasies and fairy tales. This is not "gloomy talk," this is not "negativity," this is the DATA.

So what does all of that mean? It means that, even in striving to analyze Governor Bevin's "proposal" with the very best of intentions not necessarily deserved, it is shamefully lacking and incomplete as a strategy at best, and with serious analysis, Bevin chose to be ignorant of American history and the data of the condition of our people and how and why we have gotten here. It is a lie and a mockery.

Kentucky is a predominantly rural, deeply conservative state. Governor Bevin has chosen to cater to the personal beliefs and the political direction of his voter base. It was hoped that he was serious about addressing the problems of West Louisville violence. Christian bonafides aside, Mr. Bevin is the elected executive of this Commonwealth. There absolutely should be more than a spiritual proposal offered from the state's chief political official.