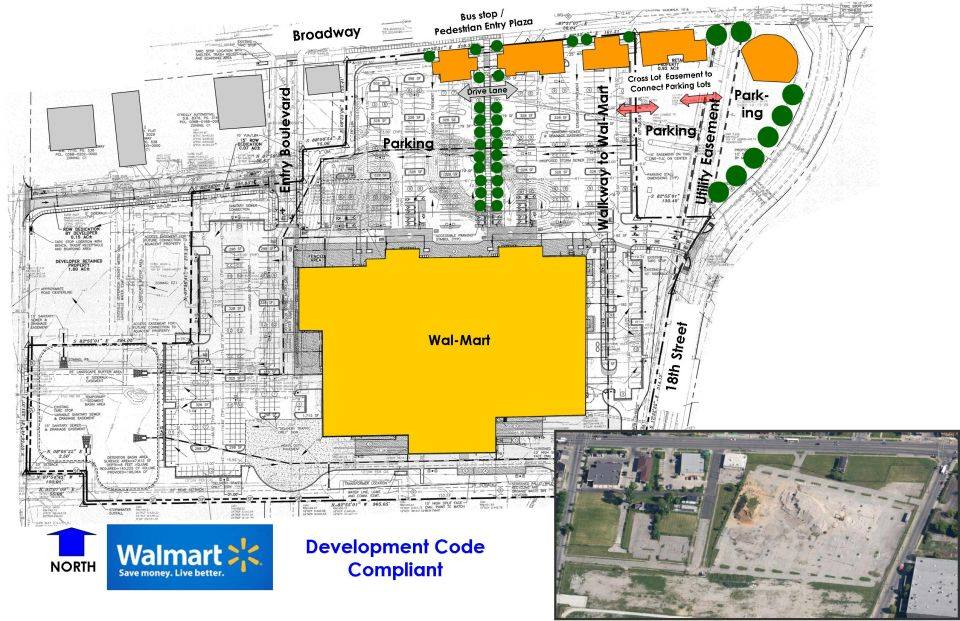 Last night's meeting at Quinn Chapel A.M.E. church sought to shed some light where there has been a considerable amount of heat.

There has been more than a bit of misunderstanding and confusion among the groups holding opinion as the Walmart discussion and development project evolve.

In general conversation with friends, acquaintances and all Louisville residents, these mistaken perceptions were especially strong. These people have observed a delayed process (as a result of the deadlocked Planning Commission vote last month, plus their request for Walmart to submit a revised design which Walmart has refused) and they are concerned whether the project will go forward and they are very concerned about the negative impact upon the area if that happened.

West Louisville Talks' meeting sought to cut through that and bring clarity. West Louisville Talks is a collaborative group of people and organizations interested in educating the community about relevant issues and bringing about positive change in West Louisville neighborhoods. This group presented an alternative proposal that desires to create a win-win vision that allows Walmart to achieve its corporate interests while upholding Louisville's design and development codes.

Their more detailed explanation can be found in today's piece in the Louisville Courier-Journal. It is my belief that what they ask for is a reasonable, fair request that can give our residents and Walmart what they seek for their best interests. Five smaller properties facing Broadway along with the existing build is a collaborative compromise that provides an incredible opportunity for striving entrepreneurs and a location that will have considerable foot traffic.

It is my hope that our neighborhood pastors and West Louisville Talks can overcome ignoring or worse, talking past each other, in the name of being able to embrace a functional idea that has the potential to benefit tens of thousands of Louisvillians. Stay tuned.