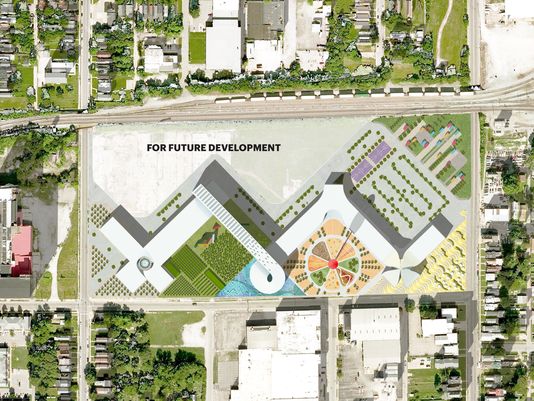 Nature's Methane, the company poised to build a $40 million composting facility at the FoodPort on five acres at 30th Street and Muhammad Ali Boulevard, is no longer part of the development, Seed Capital Kentucky project director Caroline Heine said.

Amidst widespread community opposition from activists concerned about longtime industrial pollution in the West End, Nature's Methane has also postponed a presentation to the Board of Zoning Adjustment Monday on plans for a second $40 million methane power plant at 17th and Maple streets to compost waste and return natural gas to the Heaven Hill distillery, Nature's Methane CEO Steve Estes said.

The notion of importing any kind of waste into the West End — never mind its use in a sealed composting facility to create environmentally sustainable power — has ignited fury among activists who invoked decades of Rubbertown's legacy of negative impacts on the health and safety of neighborhoods nearby.

Rest of article from Jere Downs can be read at the Louisville Courier-Journal.