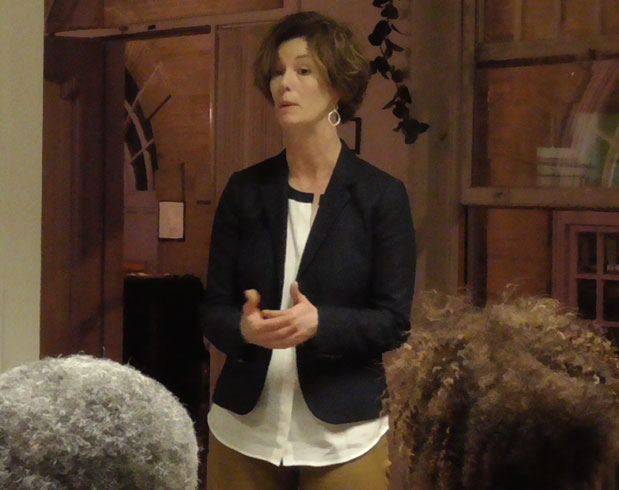 The West Louisville Food Hub is a project pursuing tax credits to create a commercial agricultural park to process, store and distribute locally grown foods. An anaerobic digester that will convert food waste into methane gas is also an important part of this project. Jefferson AD I LLC, the company building this digester, will then clean the methane and feed it into a gas pipeline to be sold to LG&E.

Heine discussed the partnerships made with Kentucky farmers and nonprofit organizations, including recent discussions to find ways to work with the food incubator project that wants to converts the former Jay's Cafeteria.

There were some concerns by community residents about possible negative impacts of the methane plant. One resident had a concern about noise. Another resident asked about issues of smell and the type of organic material that might be brought in above and beyond the food waste created by the other businesses on the 24-acre parcel. A couple of West Louisville residents who were members of an 18-person group that visited a biodigester in Fort Wayne, IN, responded to assure the group that the biodigester was near odorless, and that the sound impacts were minimal.

Narrow The Gap! is hopeful that these projects continue to develop and that the groundbreaking will happen on time and schedule. Food is a vital staple, and it can help West Louisville redevelop a positive identity rooted in a vital staple that can benefit and trigger economic growth and continued small business development in our neighborhoods.