5:20 PM - A Wyatt, Tarrant and Combs LLP representative of Walmart has referred to as the West Louisville Talks proposal as "nonstarter...not worth further discussing" because of logistical problems of contract renegotiation (which I would assume to be the city, the Newbridge Group LLC and Walmart.) The attorney presented a 4,100 signature petition from West Louisville for the Walmart plan.

5:24 PM - A Brown-Forman executive spoke as a proponent for the plans as standing.

5:27 PM - DeVone Holt of Simmons Saturday Morning Solutions and concerned citizen is speaking in front of the planning commission.

5:30 PM - Rev. Milton Seymour of the Justice Resource Center is speaking to the Planning Commission.

5:35 PM - Rev. Eric French, representing F. Bruce Williams of Bates Memorial Baptist Church, were the generators of the petition and are advocates of the project.

5:43 PM - Eddie Davis of the Kentucky Alliance Against Racist and Political Oppression is speaking to the commission. He is also speaking of Walmart allowing the opportunity of other businesses to be allowed on the property.

5:45 PM - Rev. Dr. Kevin W. Cosby is now speaking to the commission. 5:46 PM - Cosby is pointing out that there has not been major economic development in West Louisville since the Smead administration in 1968.

5:49 PM - Mr. Gant returns to the podium to answer questions. David Profitt of the Planning Commission asked him if he believes that Walmart fulfills the Louisville design laws and since they do not, what justifies that the waivers should be allowed? 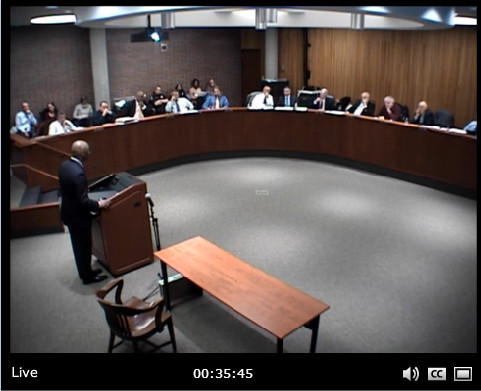 6:00 PM - Mr. Holt returns to answer a question for David Profitt. Answering a question about the design code. Profitt notes a concern about precedence. Holt references the waiver allowed for Thornton's at Second and Broadway. Holt notes that he only speaks for Walmart and the merit that is relevant now.

6:16 PM - Attorney Steve Porter cross-examines one of the design experts for Walmart. 6:17 PM - now Porter is speaking with Mr. Gant. 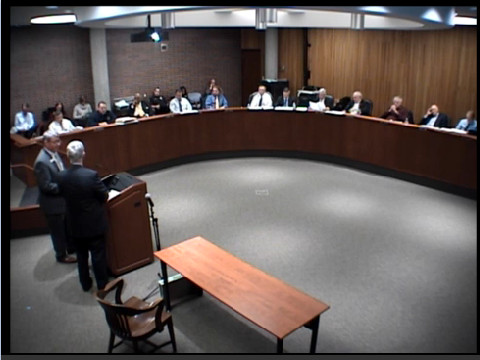 6:20 PM - Attorney Steve Porter of West Louisville Talks makes a rebuttal presentation to the Planning Commission. He has no argument with the window or the door location waivers. He however is speaking strongly for the allowance of other storefronts along West Broadway. 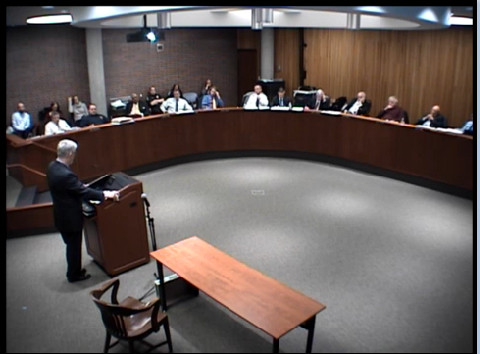 6:34-6:36 PM - Porter literally providing dozens of examples of Broadway development that complied with city code. He makes argument asking why Walmart deserves these waivers over the others? In my opinion, this may be the weakest argument - Walgreens, Yum, etc. are huge corporations - however, their location stores does not have 300+ employees on site.

6:47 PM - Chanelle Helm given an opportunity to speak. Helm is an advocate for urban design and for the corporation to make vested stakes in community organizations and support. 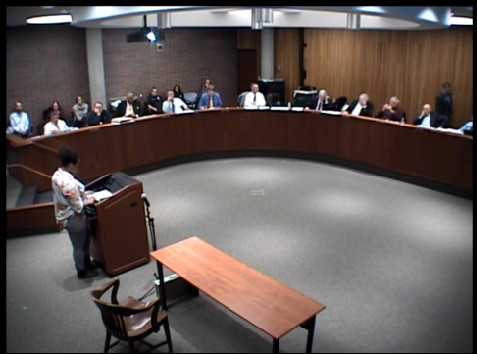 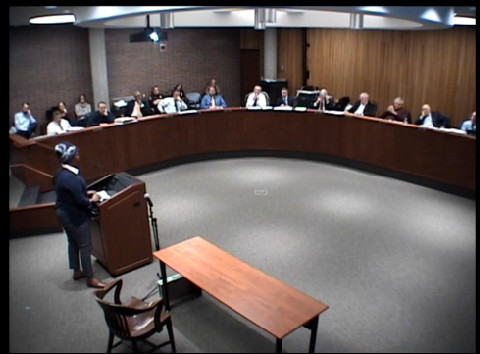 6:58 PM - Jackie Green now comes forth to speak. He is an advocate for either the West Louisville Talks proposal or direct placement onto Broadway. He bristles at Walmart's "my way or the highway" economic position. 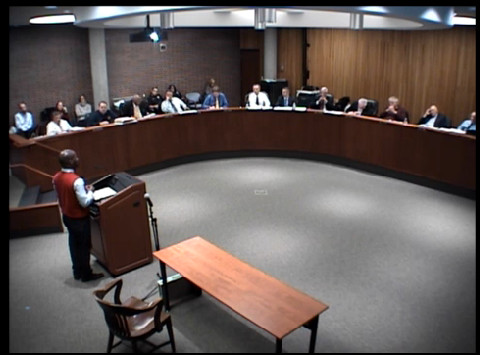 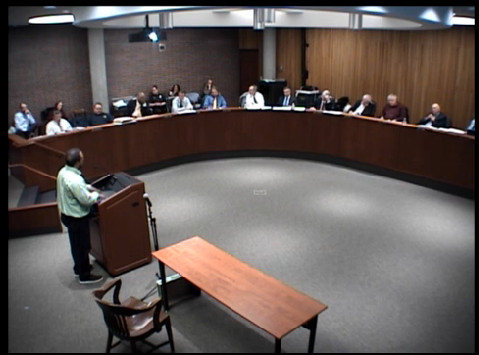 7:20 PM - Attorney Steve Porter is providing clarity on the West Louisville Talks position - they are not advocating a Broadway-fronted position. There seems some confusion on commissioner David Thompson's position.

7:31 PM - The Wyatt, Tarrent and Combs representative for Walmart asserts that contract renegotiations are, and continue to be a nonstarter, with consideration for other positions.

7:36 PM - A commissioner asks if an out-lot possibility would be considered in the future? Kevin Thompson, Walmart representative, says that "Walmart is a reasonable corporation, we would consider that."

(It appears that Thompson of Walmart is leaving a door open...but I would guess that his remark is not legally binding.)

7:53 PM - Commissioners are stating their positions, so far, it appears to be 3-0 "For." It will take at least six votes. Halfway there.

8:03 PM - Profitt, as an architect, is bringing forth a dissenting vote. Profitt agrees with the out-lot idea, and is criticizing Walmart's inflexible position. Profitt: "Design matters, and design was ignored. If someone wants to do a thing, they could change it if they want to."

8:09 PM - It appears a sixth and ratifying vote will be delivered approving the Walmart project. 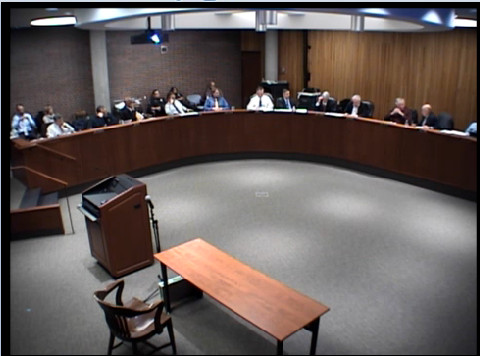 8:19 PM - The commissioners are criticizing Walmart for perhaps...one member notes that Walmart...did not take the most due diligence to apply more of an urban design.

Thank you folks for tuning in! There will be a review and recap in an upcoming blog.

Thank you all for using Narrow The Gap! as your source for West Louisville news!